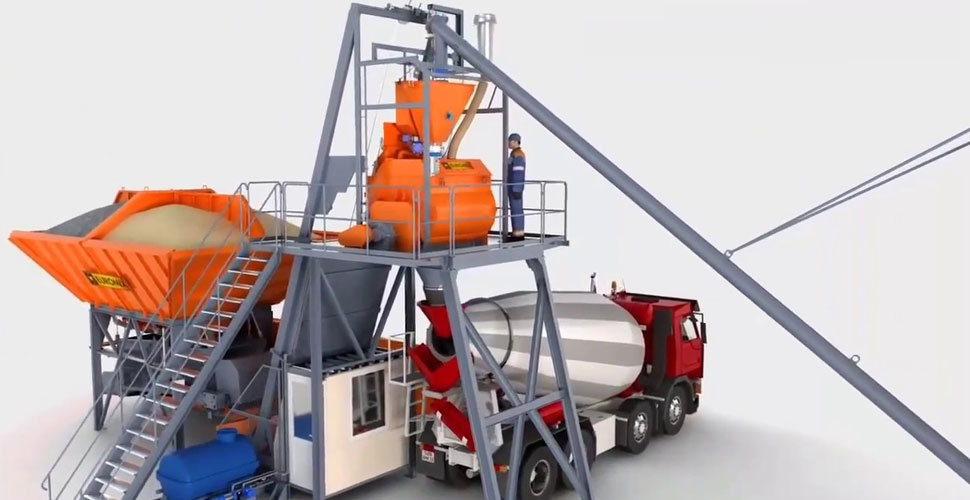 A concrete plant also known as a batch plant or batching plant is a device/machine that manufactures concrete by combining numerous ingredients such as sand, water, rocks, gravel, potash, cement, etc. in a brilliant manner. Now concrete being one of the most durable materials that act strong enough to hold against all the natural forces is mostly used in the making of skyscrapers, sidewalks, bridges, houses, driveways, highways and many other constructions work. It may even interest you to know that the man-made material can be formed or molded into virtually any shape before it gets hardened. And the hardening time mostly depends on the quality as well as the properties of materials being used in the mixture. I guess from this you can easily make out how important the concrete is especially in the construction industry.

There are mainly two types of Concrete Batching Plants available in the market:-

The plant integrates all aforementioned components besides water. This mixture is later on released into a ready-mix truck that transports concrete from factory to the job site. At last, the water is added to the mix within the truck, so that it gets mixed well during the transport. Such kind of concrete batching plants is more suitable for small volumes or projects where concrete needs to be transported over long distances.

A Wet Mix Plant combines all of the above-mentioned ingredients including water at the plant. The mixed is prepared and soon transported to the job location with the help of a mixer truck. Now what is the difference between these two batching plants, you may ask? Wet mix plant supplies the end customer a consistent product since all the ingredient mixing is done on the main site. And several reputable countries like the United Arab Emirates, Oman, Saudi Arabia, Bahrain, Kuwait and middle eastern countries have already made this machine compulsory.

A concrete Batching Plant incorporates a wide range of parts and accessories and all are equally important.

The Working: – The control system of a mixer is effectively connected to an electricity source. As soon as the operation interface of the man-made interaction appears, the system begins to proceed. The machine comprises of numerous silos and weighing hopper where each silo or hopper is designed to follow a weight system rather than a volume system. As the name implies, the control system controls each and every part of the machinery. I mean, how much ingredients need to be mixed at what ratio, etc.

Then there is a belt conveyor which effectively transports the aggregate from weighing bin to the waiting bin. All the products are slowly transported to the mixer and within a span of 30 to 90 seconds, concrete is released right into the mixer truck with the help of gravity. The entire process in a concrete batching plant is handled in a careful and responsible manner since it cannot be left undone.

**P.S ** Just make sure that the concrete reaches its destination job site in minimum time as concrete may start setting within 45 minutes of mixing.